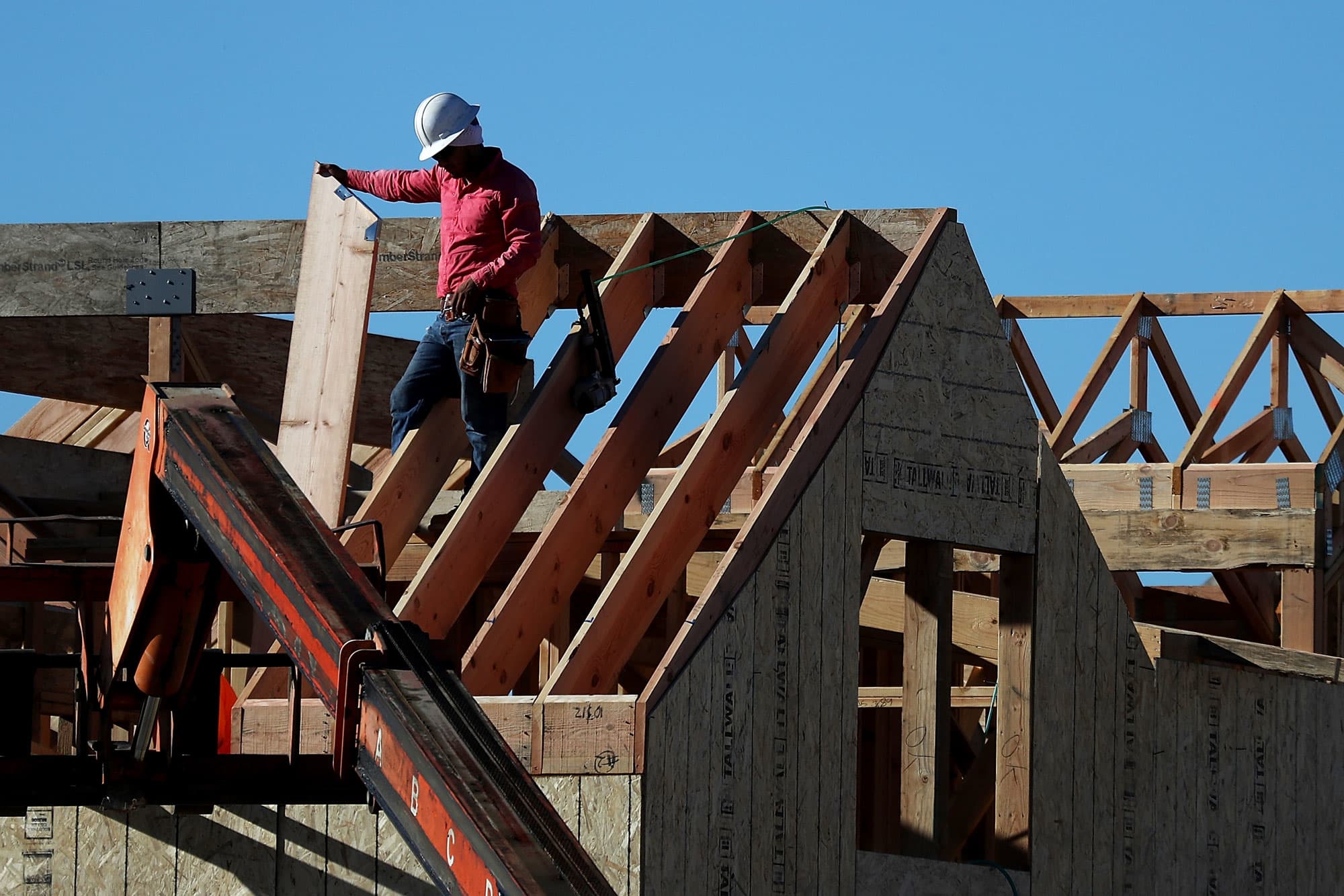 A worker stands on the roof of a home under construction at a new housing development in San Rafael, California.

Stocks of the nation’s biggest homebuilders jumped after the surprise 50 basis point rate cut by the Federal Reserve. The homebuilders’ ETF (ITB) hit session highs in the morning, up nearly 2.3%, and 6.2% week-to-date, though the price was fluctuating with the market. It is on pace for its best week since June 7th, and is out of correction territory.

The gains were led by names like Lennar, Pulte, D.R. Horton and Taylor Morrison, which were all up more than the broader averages.

Mortgage rates do not follow the Fed Funds rate, but instead loosely follow the yield on the 10-year Treasury. Still, the drop by the central bank is a result of high volatility in the markets on concern that the deadly coronavirus outbreak will impact the economy. That will keep investors in the bond market driving yields lower.

The average rate on the 30-year fixed mortgage, for borrowers with solid credit and a good down payment, hit 3.13% on Monday, matching its record low, according to Mortgage News Daily. Mortgage refinances are surging on the news, but it is not quite as clear a path for potential homebuyers.

“If Treasury rates decline further, it is likely that mortgage rates will follow, giving more homeowners the incentive to refinance,” wrote Joel Kan, an economist with the Mortgage Bankers Association. “For prospective buyers, low rates boost purchasing power, although some may also pause their home search given the uncertainty.”

And there is also the possibility that the rate cut could turn rates slightly, although not dramatically, higher.