Investors are flocking to the relative safety of money market funds at the highest level since the financial crisis-era collapse of Lehman Brothers in 2008.

The industry has pulled in $322 billion over the past six months, the fastest pace since the second half of 2008, bringing assets to nearly $3.5 trillion, according to data from FactSet and Bank of America Merrill Lynch.

On the bright side: That was a period which preceded the buying opportunity of a lifetime for stock market participants. In March 2009, Wall Street kicked off a bull market, still intact, that would break records for longevity.

“You could be contrarian and say [the money market flow is] positive, because if the market actually steadies itself and there’s a detente [in the trade war], that money’s going to go back into the equity market,” said Quincy Krosby, chief market strategist at Prudential Financial. “From a contrarian standpoint, it would be helpful.”

Total money market assets assets are now at their highest level since September 2009.

The funds have seen inflows every month this year except for April, with assets growing nine of the past 10 weeks as the stock market has wrestled with myriad issues, primarily involving the trade dispute with China and lingering worries that the U.S. is heading toward a possible recession.

Facing a constant drumbeat of headline risk, investors have headed to the mattresses as a way protect cash until the storms clear.

“There’s been enough headlines, whether you’re talking politics, trade concerns or whether or not we’re heading into recession for the money to go into those markets,” Krosby said.

Stocks, in fact, have been on a roller coaster for the past year, tumbling at signs of a break in the U.S.-China talks then rallying on any ray of hope. The Dow Jones Industrial Average surged more than 400 points Friday on some positive sentiments out of the White House that this week’s trade talks could yield fruit. 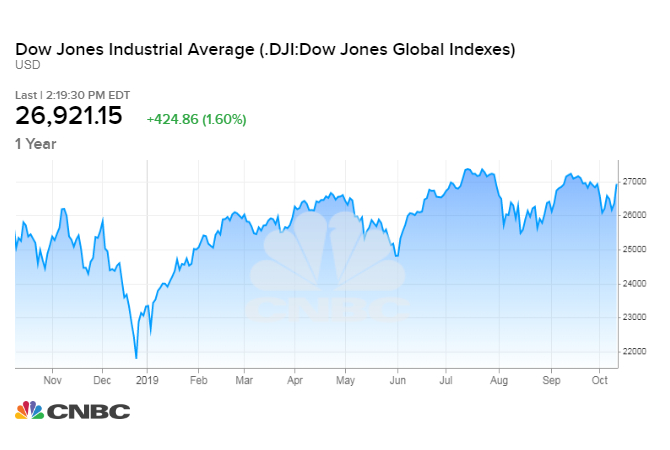 If the good news can continue, and the economy holds off a recession, that means there will be plenty of dry powder on the sidelines to fuel another acceleration on Wall Street, due to the big move to money markets.

The two eras, though, bear only passing resemblance.

While there has been noticeable churning in the market since the tariff exchange began, 2008 and early 2009 saw history-making periods of volatility, with the Cboe Volatility Index hitting a high that has yet to be broken. The U.S. and global economy was in shambles, and investors were sent to money markets as a way to protect capital when nothing seemed safe.

Investors who stayed in the market are coming off a period of huge profits and a market that could stall if the fragile levers of growth fail to move the right way.

“You’re looking at geopolitical events that are totally binary,” said Mitch Goldberg, head of ClientFirst Strategy. “I think most people in this bull market may feel like they’ve made enough money and if they miss a little upside, they’re with that, and that’s what this reflects.”

Money market funds have benefited even as yields have fallen amid Federal Reserve rate cuts and growth fears. The funds are now yielding about 2%, down from 2.47% at the beginning of 2019, according to Moody’s.

Goldberg said the influx to the funds may not necessarily reflect investors waiting to put money to work but rather a tired market where money may sit for a while as the uncertainty plays out.