In a first for the industry, Spanish oil and gas company Repsol has pledged to be carbon neutral by 2050 to comply with environmental goals set by the Paris Agreement, the company said on Monday. The pledge is, however, non-binding.

The company outlined a number of ways in which it will meet its goals, including shifting the focus of its upstream operations to value and cash generation rather than volume, as well as by integrating alternative energy sources into its refining operations.

Additionally, Repsol plans to increase production of low-carbon biofuels and chemical products, and said it will invest in alternative power generation and carbon capture initiatives. The company said that it aims to “become a leading international player in renewable energies.” 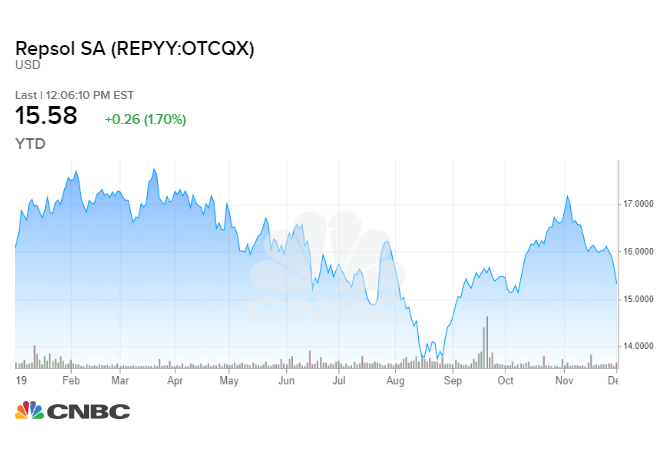 The company said that 70% of its emission reduction could be carried out through existing technologies, and that for the remaining portion it would invest in technologies like carbon capture. If necessary, it would turn to natural sinks like reforestation.

The company said it would take a post-tax impairment charge hit of €4.8 billion, or about $5.3 billion, as it re-values some of its oil and gas-related assets under a Paris Agreement-compliant scenario. According to the statement, it will not impact the company’s cash flow or shareholder remuneration.

To stay on track, the company outlined a number of interim targets aimed at reducing the intensity of its emissions, and also said that it will link at least 40% of its managers and executives’ long-term variable pay to the decarbonization progress.

“We are convinced that we must set more ambitious objectives to fight climate change,” Repsol CEO Josu Jon Imaz said in a statement. “Addressing the significant challenges that lie ahead with strategic clarity is what will allow us to turn them into opportunities. We are convinced that this strengthens our project that is sustainable, attractive and profitable for all our stakeholders.”

Repsol’s announcement comes as oil and gas companies face mounting pressure over the role they play in greenhouse gas emissions, as well as questions over whether they can survive as oil prices stay low and consumer habits shift.

Repsol is the first oil company to give a date by which it will be carbon neutral, although oil majors like Royal Dutch Shell and BP are among the other companies that have announced decarbonization efforts.