Jeff Lawson, founder, CEO and chairman of Twilio, speaks at a press conference during the Mobile World Congress on March 1, 2017 in Barcelona, Spain

Cloud communications company Twilio just re-reported its full-year forecast, after the company messed up the math the first time around.

Twilio’s full-year earnings per share guidance is now expected to between 12 cents and 13 cents, instead of the 16 cents to 17 cents originally reported alongside its third-quarter earnings.

The company said in a filing the change is “due to a calculation error.” 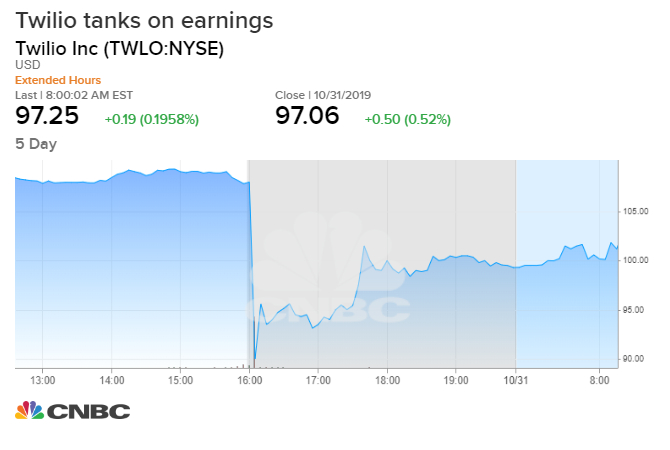 Shares of Twilio fell as much as 17% last week after the company gave lower-than expected quarterly earnings and revenue guidance. The stock was up slightly in the premarket despite issuing the guidance correction. Shares of Twilio are up about 8% in 2019.