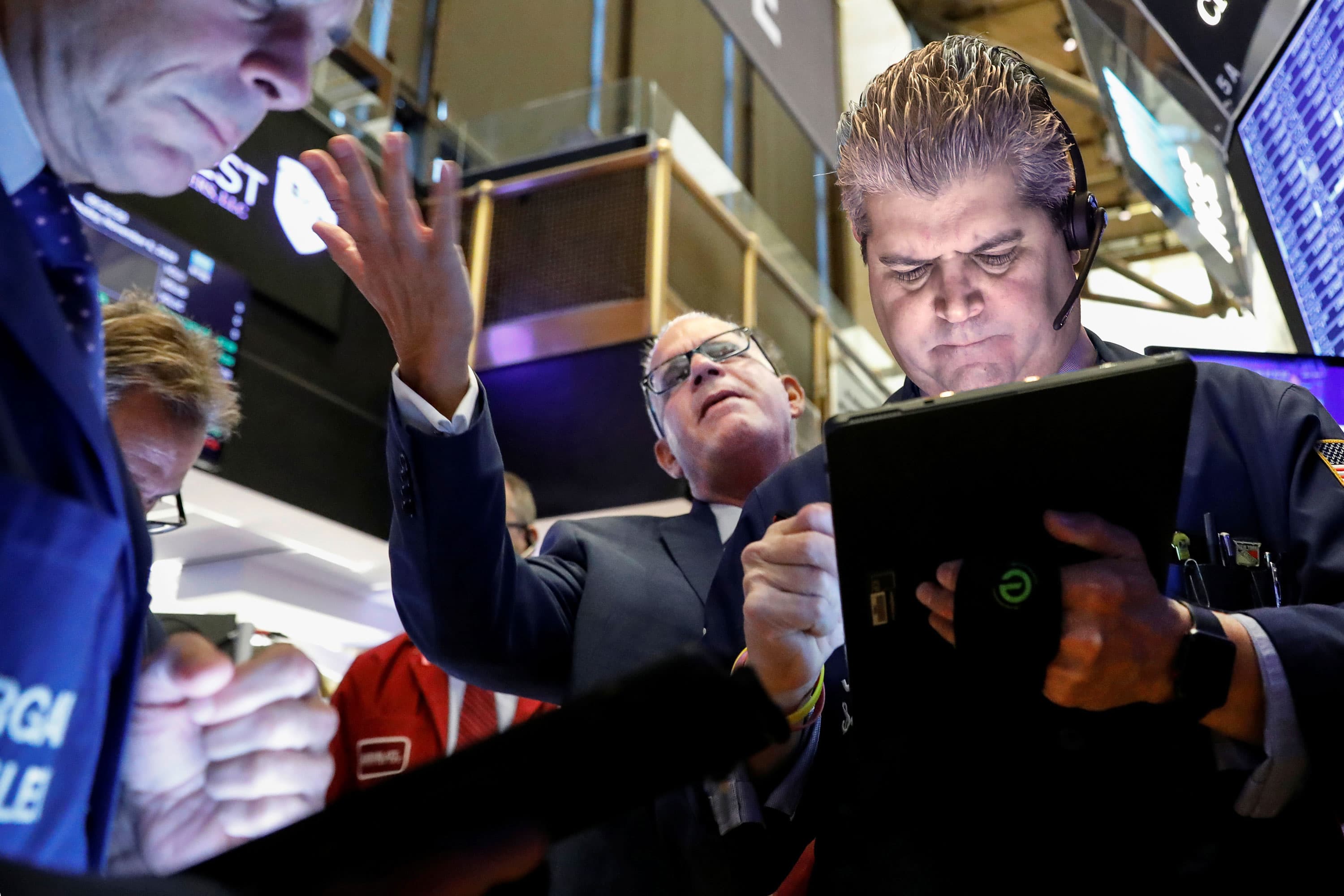 Traders on the floor of the New York Stock Exchange.

U.S. stock futures turned positive Thursday morning after the South China Morning Post reported the U.S. may delay mid-December tariffs even if no ‘phase one’ deal with China is completed before then. No word from the White House yet, but President Donald Trump recently shot down similar reports. The Wall Street Journal also reported that China’s top trade official invited U.S. negotiators to Beijing to take part in a new round of face-to-face talks. Again, there’s been no immediate response from the Trump administration. Adding a layer of complication to the trade talks, the president has two pro-Hong Kong bills passed by Congress awaiting his signature. Trade concerns dragged the Dow Jones Industrial Average, S&P 500 and Nasdaq lower Wednesday. But they’re all still close to record highs.

Shares of TD Ameritrade soared as much as about 27% in premarket trading, while Charles Schwab‘s shares were up around 10% after CNBC reported that Schwab is in talks to buy TD Ameritrade. A deal between Schwab and TD Ameritrade would consolidate an industry going through massive disruption. In recent months, all of the major brokerages have announced plans to go to zero commissions. Brokerage firms have been pressured to go to zero fees since 2013 when Silicon Valley start-up Robinhood offered stock trading for free.

Macy’s shares were dropping 4% in premarket trading, after the department store chain reported Thursday morning its first quarterly same-store sales decline in two years, blaming warmer weather and weaker mall traffic. Macy’s missed estimates on third-quarter revenue and cut its full-year outlook. The company did say it earned 7 cents in the third quarter. Analysts on Wall Street had expected a breakeven quarter. Earlier in the week, Kohl’s delivered dismal results that led to a broader sell-off among department stores, including Nordstrom which delivers earnings after the bell. Gap and Ross Stores also report Thursday afternoon.

Gordon Sondland, the U.S ambassador to the European Union, testifies before the House Intelligence Committee in the Longworth House Office Building on Capitol Hill November 20, 2019 in Washington, DC.

House impeachment investigators on Thursday will hear from two witnesses who said they grew alarmed by how Trump and others in his orbit were conducting foreign policy in Ukraine, capping an intense week of public hearings. In stunning testimony Wednesday, U.S. Ambassador Gordon Sondland said Trump and his lawyer Rudy Giuliani explicitly sought a “quid pro quo” with Ukraine. Trump, reading off a pad of paper with notes jotted in black marker before reporters, denied those claims, saying he told Sondland in a phone call, “I want nothing. I want nothing. I want no quid pro quo.”

CNBC’s before the bell news roundup

Get this delivered to your inbox, and more info about about our products and services.
By signing up for newsletters, you are agreeing to our Terms of Use and Privacy Policy.

— The Associated Press contributed to this report.