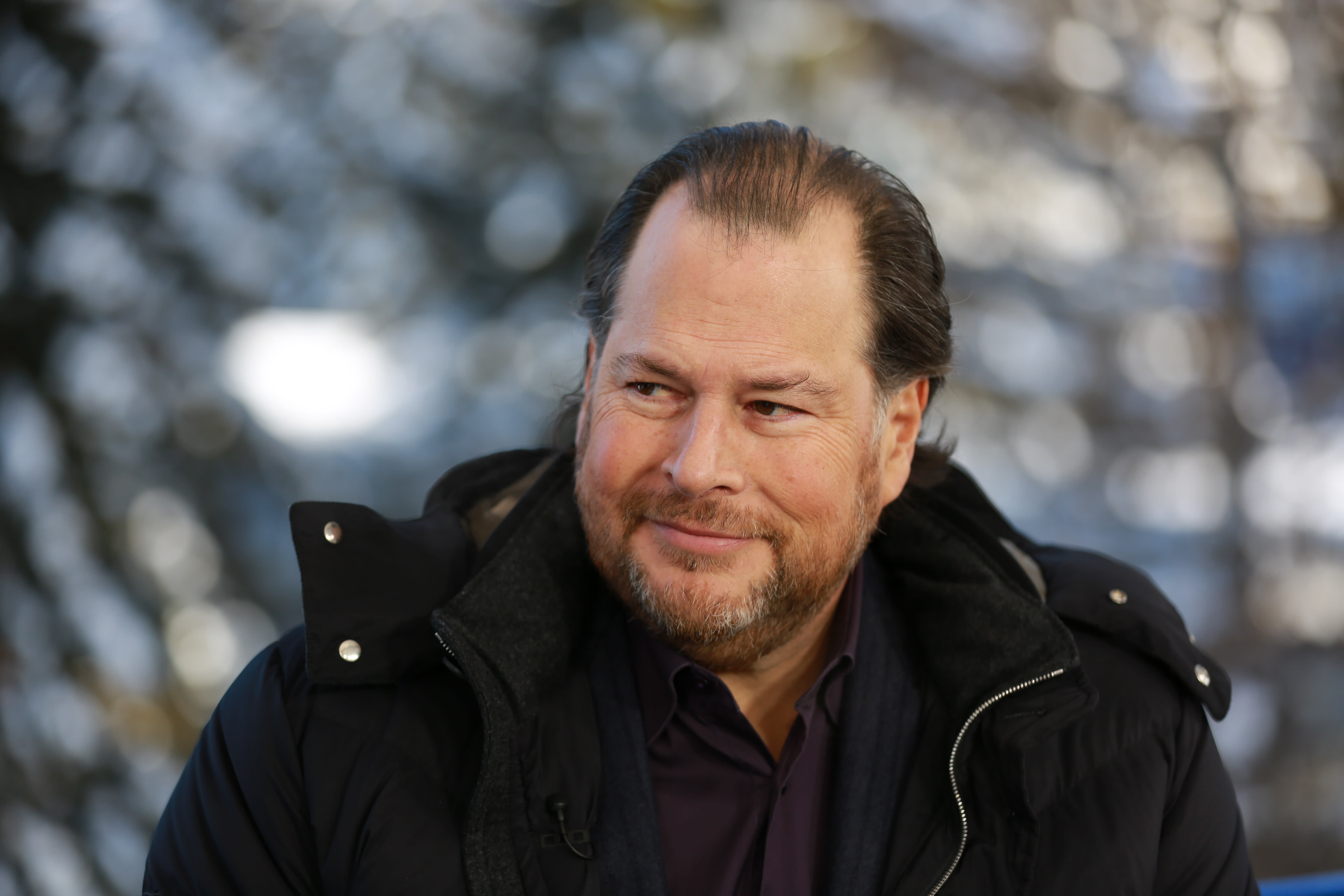 Marc Benioff, Co-CEO of SalesForce speaking at the WEF in Davos, Switzerland on Jan. 22, 2019.

Here are the best analyst calls on Wall Street this week:

DA Davidson upgraded the social media company to buy after its earnings report. While investors may have been expecting a proper beat and guidance raise, Pinterest reported a small miss on revenue and average revenue per user with a beat on earnings per share.

“We have been impressed by the company’s performance since going public. In particular, its improving international monetization. We are taking advantage of what we see as an unwarranted material pullback in shares (as suggested by its after-hours performance following earnings) to upgrade the stock.”

Evercore raised estimates on the grocery company ahead of Kroger‘s analyst day next week. Amazon also announced free grocery delivery to prime members this week but the firm said regardless that trends in the industry have “strengthened” in the third quarter and should continue in the fourth quarter.

“With the stock underperforming the S&P by 30 pct pts YTD, and Restock Kroger 3 year EBIT growth targets removed, we don’t expect any panaceas. The good news is we are raising near term estimates as we believe industry trends strengthened in 3Q and should hold for 4Q.”

Morgan Stanley called the multinational computer software company a “catalyst driven idea.” The firm said it would be “buyers” into Adobe’s analyst day next week and noted that investors had a “wall of worry” heading into the event. The firm also said it saw a “solid” guide with 20% earnings per share growth which should help alleviate investor concerns.

“FY20 targets and the potential for sustaining 20%+ EPS growth will be in focus at Adobe‘s Analyst Day on November 4th. Momentum in Digital Media and a healthy consumer wallet should offset recent Digital Experience road bumps, creating a favorable setup. We’d be buyers into the event.”

Baird reiterated its outperform rating on the stock and labeled the cloud-based software company with a “fresh pick” designation. The firm said that despite some recent “underperformance” from the company, it was now seeing several reasons to be optimistic going forward. Baird also said the current valuation was “compelling.”

“We are adding the Fresh Pick designation to Salesforce.com. We believe some of the concerns that have contributed to CRM‘s recent underperformance — including global macro fear, increased M&A, and lack of margin expansion — are likely to ease in the coming months. ServiceNow’s commentary around the resilience of Digital Transformation spend amid broader IT spending fears, as well as the potential that the company will address margin framework more directly at upcoming Dreamforce analyst day, bode well for CRM. We view current valuation as compelling.”

Barclays upgraded the home improvement retailer and raised its target price to $125 from $105. The firm said the company continues to execute its strategic initiatives despite an ongoing “weakness” in e-commerce. It said it liked the comp trajectory among other things and thinks the company can “recapture” gross margin in fiscal year 2020.

“LOW has managed through legacy systems and processes issues while also executing against strategic initiatives. Our upgrade is based on our view of the sustainability of: 1) the comp trajectory, 2) gross margin expansion/recapture, and 3) the many SG&A levers in FY20. … We believe the company will be able to fully recapture gross margin in FY20 at 32.7%. Gross margin will also be positively impacted by enhancements in promotional strategy and vendor negotiations.”