There are a number of companies set to report earnings next week, but there are five key names that investors should be focused on since these companies almost always beat the Street, according to data from Bespoke Investment Group. 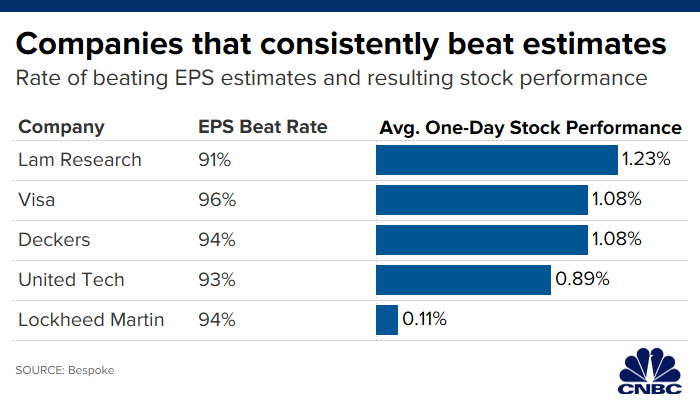 Visa reports fourth quarter earnings on Thursday after the bell, and if history is any indication there’s a good chance the company will beat expectations.

Shares of the credit card company have gained 35% this year, outperforming the S&P’s 20% gain, but recent weakness is leading some analysts to lower their estimates ahead of earnings.

Bank of America said not to expect “fireworks,” and cut its EPS estimate for the quarter to $1.42. The firm also lowered its revenue expectations to $6.05 billion, down from $6.08 billion previously.

The firm maintained its buy rating on the stock and said that it still views “fundamental sentiment as positive.” But the recent market rotation could hit the credit card company’s bottom line.

On the flip side, on Thursday Bernstein raised its expectations for the company’s results. Analyst Harshita Rawat lifted her EPS estimate to $1.45, citing credit card “purchase volume growth” as a catalyst.

According to estimates from FactSet, the consensus for Visa is EPS of $1.43 on $6.08 billion in revenue.

Since this is Visa’s fourth quarter, both analysts noted that even more important than the quarterly results will be what the company says about full-year guidance for 2020. 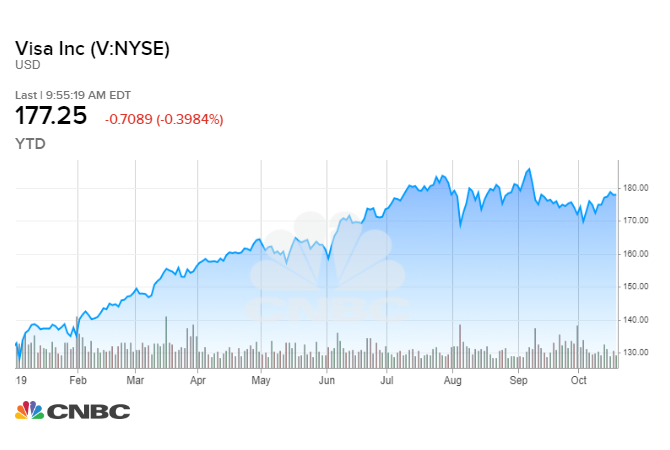 Analysts are looking for the company to report $5.02 in earnings, and $14.87 billion in revenue, according to estimates from FactSet.

Buckingham Research Group’s EPS estimate of $4.99 is below the street consensus, but the firm did note that it wouldn’t be “surprised” if the company tops expectations. The firm has a buy rating on the stock, and a $405 target which represents an 8% upside from current levels.

Shares of Lockheed Martin have gained 44% this year, topping the iShares Aerospace and Defense ETF’s 28% gain. 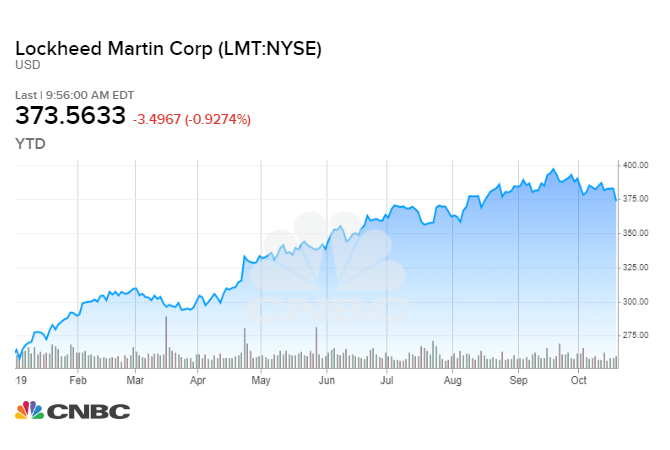 Dow component United Technologies reports Tuesday before the bell, and Bespoke found that the company beats estimates 93% of the time.

The Street is expecting the company to report EPS of $2.03 on $19.33 billion in revenue, according to estimates from FactSet.

Some analysts believe that’s setting the bar too low.

This week Seaport Global’s industrials analyst Josh Sullivan raised his EPS expectation from $1.96 to $2.05, based on “continued strength in the aerospace aftermarket” as well as strength in Europe. His revenue estimate for the third quarter is $19.39 billion.

Analysts at Cowen are even more bullish. The firm is United Technologies to report EPS of $2.07, noting that in 21 out of the last 22 quarters the company beat estimates by an average of 7%.

“Given its record, a ‘miss’ seems particularly unlikely in front of its spins and the proposed Raytheon merger,” Cowen analyst Cai von Rumohr wrote in a note to clients on Wednesday. The firm has an outperform rating and $150 target on the stock, which is about 8% higher than where it currently trades. 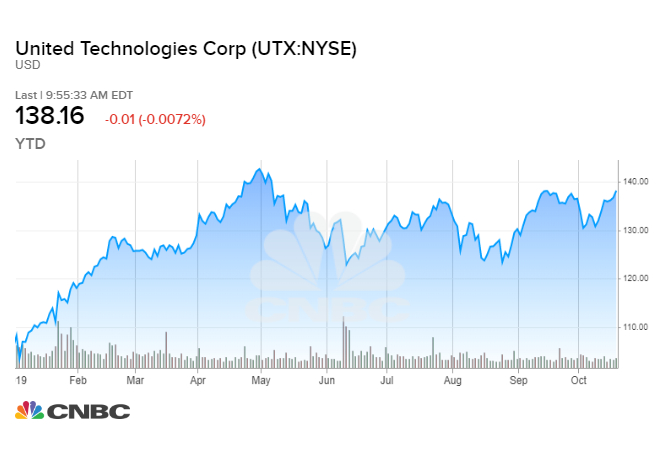 The outdoor retailer reports earnings on Thursday after the close, and tops estimates 94% of the time.

In what’s been a tough environment for retail, shares of Deckers have gained roughly 22% this year, outpacing the SPDR S&P Retail ETF’s 5% gain.

“The company is likely to post upside to sales and gross margin, flowing through the beats to raise FY20 guidance and while valuation has become slightly more compelling, a beat and raise and material upside are still anticipated by investors,” Wedbush analyst Christopher Svezia wrote in a note to clients on Wednesday.

His EPS estimate of $2.38 for the quarter is ahead of the consensus estimate of $2.33, according to numbers compiled by FactSet. Analysts are expecting $529 million in revenue. 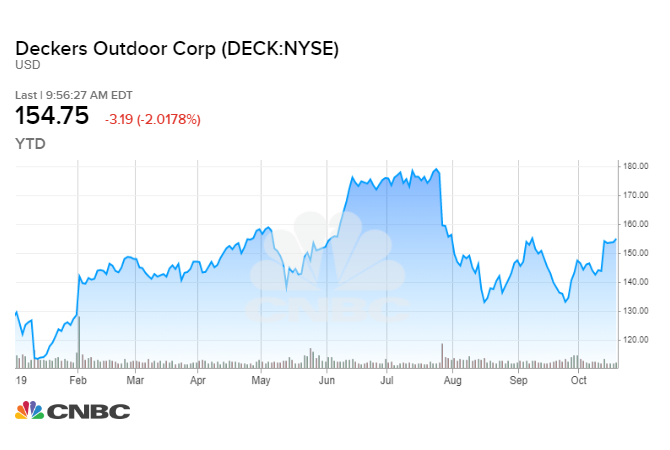 Chipmaker Lam Research reports Wednesday after the close, and Bespoke found that the company exceeds estimates 91% of the time.

Credit Suisse said the company continues to have a compelling valuation, and that it is “well positioned to benefit from recovery in memory CapEx.” The firm has an outperform rating and $278 target on the stock, which is around 19% higher than where it traded on Friday.

The firm’s EPS estimate of $3.00 is just slightly below the Street’s consensus of $3.01, while the firm’s revenue estimate of $2.16 billion is in-line with estimates.

Shares of Lam Research have soared more than 70% this year. 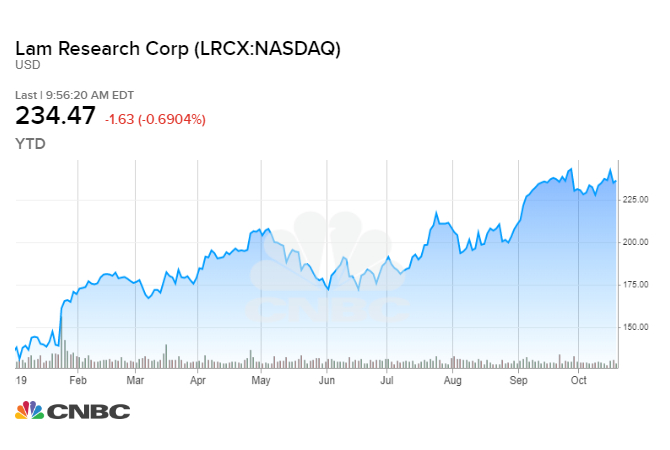